Migration is on the focus of topical and urgent debates. However, it is rarely approached from a gender perspective. Yet as early as 2006, the UNFPA Report defined women’s migration as a “mighty but silent river”, an expanding revolution of movement and empowerment that remains largely invisible. In recent decades, according to statistics, women account for the largest percentage of the world’s total migrant population, leading to the phenomenon of the “feminisation” of migratory flows. According to recent studies carried out by the European Institute for Gender Equality (EIGE), generally the reasons for migration are study, work, family reunification, the support of relatives in the homeland, as well as the various forms of persecution and economic reasons. On the other hand, in migratory processes, the female component is highly vulnerable, as it is exposed to different risks and insecurities than men. 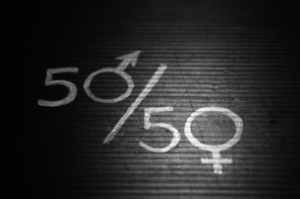 In Italy, the ISMU Foundation calculates that from 1st January 2005 to 1st January 2020, the number of immigrant women increased by 141% (against an increase of 112% in men), although it should be noted that the data vary according to nationality of origin. Yet migration status, combined with gender discrimination, forces them to have an unemployment rate that is almost twice that of men. If this specifically concerns cases of migration for family reunification, there are also barriers to access to the labor market. The lack of recognition of qualifications acquired in the motherland relegates migrant women to domestic or care work, whereas only low percentages practise an intellectual or clerical profession, sometimes under a fixed-term contract. This is true, given that admission programs tend to favor professions linked to productive sectors such as engineering or finance, where female representation is in short supply.

There are still many women on incomes below the guaranteed minimum threshold, especially if they are forced into irregular working conditions that expose them to serious forms of exploitation and abuse. It is no coincidence that the phenomenon is defined “occupational segregation” of immigrant women, which in Italy absorbs more than 4 out of 10 foreigners, and which is closely linked to the very strong ethnicization of the profile of the colf and the home assistant. The consequences for the psycho-physical well-being of these figures are widely underestimated, and it is a risk that has certainly increased in these months of health emergency. This is a paradox, if studies on the evolution of migration state that migrant women not only can build organized “networks” on the territory, within which they carry out their working, cultural and relational skills, but they can also manage remittances, an important source of economic growth for the countries of origin. Nevertheless, together with young people, they still represent a massive workforce that is potentially employable but ignored. 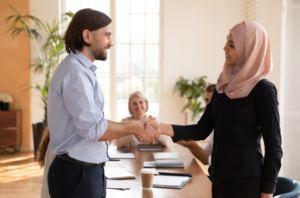 The ISMU Foundation 2020 Report found that young foreign women are more NEET – Not in Education, Employment or Training – i.e. they do not study or work, because of the early age at which they take on “reproductive roles” and because of the strong incidence in many immigrant communities of the “male breadwinner” model. According to the ad hoc module “Family and Work”, included by ISTAT in the ongoing survey on the labor force, 32.9% of female non-EU citizens declare that they have to cope with unpaid family and welfare needs, but more than half declare themselves unavailable for work.

The scenario is complemented by the flagellum of human trafficking, which penetrates migratory flows and attracts very young women from the most disadvantaged areas of Africa (and the rest of the world), into the spiral of prostitution, with the promise of a decent life in Europe and the chance to support their families. A constant of this problem is illiteracy: the stories of women stolen from their youth and exploited by the illegal sex market, have in common the lack of education even at elementary levels. Frequently, these are underage girls taken from their families (but the circumstances are never entirely clear) and placed in a context of violence and abuse, in which they grow up and often adapt, becoming part of them. The need to support and improve education in economically depressed areas of the world is becoming more and more urgent.

On the other hand, from a cultural point of view the women’s migration into Western society combines different variables, such as racial hatred and gender discrimination. Anyway, it draws attention the fact that the first and second generation of female immigrants are gradually divided by a gap, due to the progressive adaptation, especially by young girls, to the new system of values. While this also applies to migrant men, women go through a real emancipation, mostly when the original cultures are characterized by strongly patriarchal schemes, in which women are not free to make decisions about their bodies and their future. This issue is indeed ambiguous, in fact there are ongoing debates on the use of the veil in several European countries, such as France or Switzerland (in the latter there has just been a referendum), in which Muslim women are banned from wearing burqas and niqābs within public facilities. 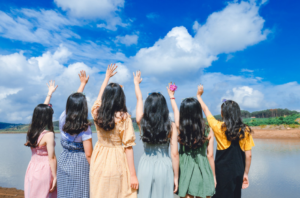 Gender is a crucial variable in migration policies. Our hope is that due attention will be paid to women’s migration, in order to guarantee the empowerment of migrant women and their integration into society, while respecting their cultures and rights.