A group of 37 refugees arrived in Italy last week as part of the UNICORE – University Corridors for Refugees project. Thanks to scholarships, they will continue their studies at 23 universities in the country.

Thirty-seven of 45 winners of a refugee scholarships project arrived at Fiumicino airport in Italy on Thursday, September 16.

They will continue their studies at 23 universities in the country. The remaining eight students who were also chosen for the UNICORE – University Corridors for Refugees scheme are said to arrive in the coming days.

A UNHCR statement said that the project, which began in 2019, has thus far included 28 universities that over a three-year period granted over 70 scholarships.

Students were selected on the basis of academic merit and motivation, the statement said.

The winners are refugees from Eritrea, Somalia, Sudan, South Sudan, and the Democratic Republic of Congo.

Thanks to the partners of the project, including the Italian ministry of foreign affairs, the Italian branch of the Caritas charity, Diaconia Valdese, the Centro Astalli, the Gandhi Charity, and a wide range of local partners, the students will receive appropriate support to complete their studies and integrate into academic and social life.

A mandatory COVID-related quarantine period began on Thursday, after which they will be able to start their studies at Italian universities.

“The growth of this program in its pilot phase with six students to the 45 thus year constitutes an important achievement,” said Chiara Cardoletti, UNHCR representative for Italy, the Holy See and San Marino.

“Refugees need to not only rebuild their lives in security and with dignity, but also be able to best express their abilities and skills to plan a prosperous future for themselves and the communities welcoming them.”

4 students selected to study at UNISS and UNICA

Four out of 45 selected students will pursue their master’s degree in Sardinia.

Two of them will be studying Chemical sciences in Sassari while the two refugees admitted to the University of Cagliari will study Chemical and biological process engineering and Computer engineering, cybersecurity and artificial intelligence respectively.

5% of refugees enrol in high education

UNHCR noted that, at the international level, only 5% of refugees enrol in higher education compared with an average of 38% among the general population.

This would indicate that more needs to be done to eliminate barriers to access to education. By 2030, the UNHCR aims to achieve a 15% rate for higher education for refugees in host and third countries, including through the broadening of safe access routes such as university corridors. 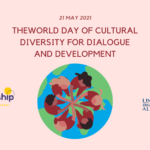